Team Sonnenwagen has arrived in the Australian Outback – Coober Pedy! 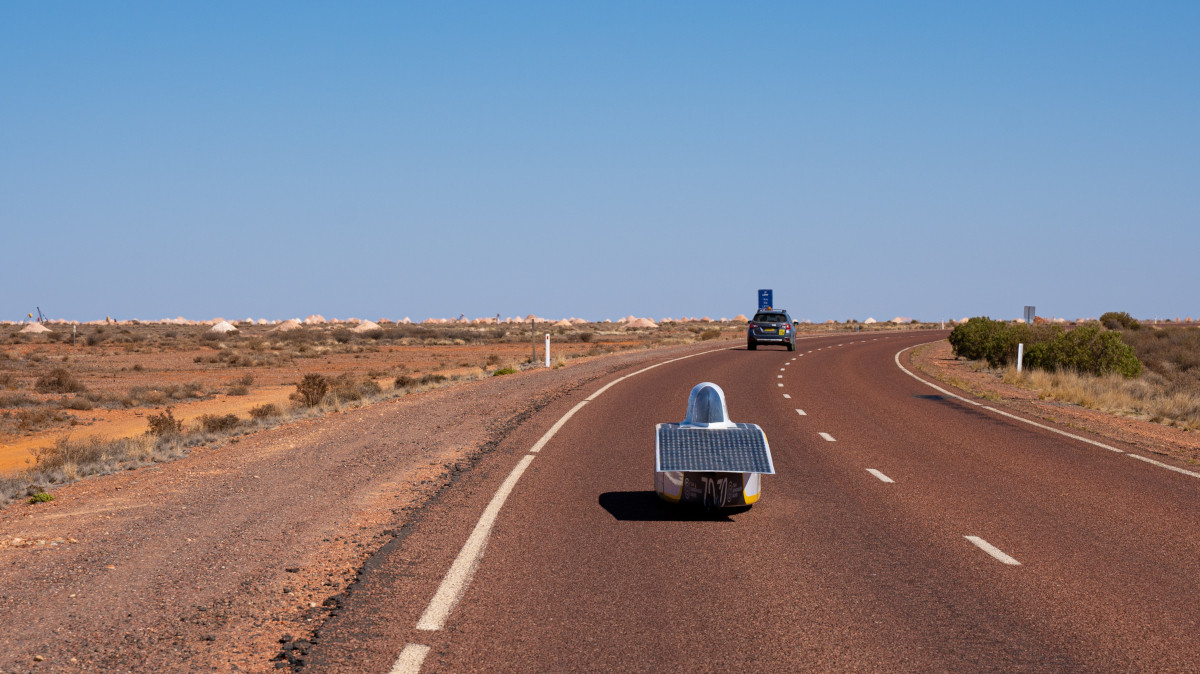 After setting up their workshop and accommodation in this unique town, the solar car was tested in, what could be called its ‘natural environment’: on the Stuart Highway. Here, the Bridgestone World Solar Challenge 2019 will take place in October.

First cattle grids were successfully mastered. However, the team had a little accident. The spare roof of the solar car was not sufficiently tightened to the body and went loose while driving. Fortunately, neither driver Jenni was injured, nor did the solar car sustain bigger damage. Team Sonnenwagen is now working on this to make sure it never happens again. Better during rehearsal than during the actual race!

Not alone: BBQ with the competition

The University of Michigan Solar Car team and the Top Dutch Solar Racing team also set up base in Coober Pedy to test their solar cars for the race.

The members of Team Sonnenwagen invited both teams for a real Australian BBQ – staying with the motto ‘keep your friends close, but your competitors closer’. Just kidding! The team is looking forward to meeting the competing teams and take part in this challenge of a lifetime together.