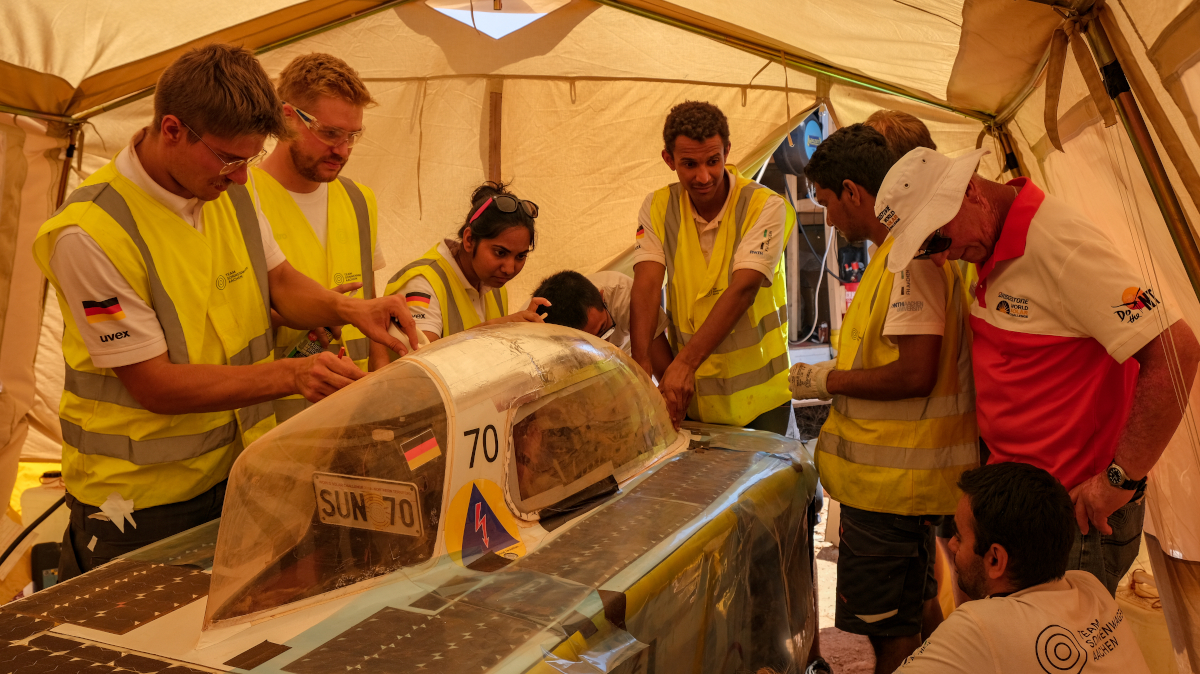 However, just a few kilometres after the start, the Covestro Sonnenwagen was hit by a very strong gust of wind! The car flipped over and rolled off the Highway. Luckily, the driver was unharmed, but naturally shocked by the event. After quickly setting up a tent by the side of the road, the team assessed the damage of the car - fearing the worst that they would not be able to continue the race due to the sustained damage. But even though the outer shell had been badly damaged, there were no electrical, mechanical or sturctural damages! The team decided to fix the outer part as quickly as possible - this race was not over, yet!

After four hours, they were able to get the car back on the road and continue on the the next control stop in Coober Pedy. The car may seem a bit battered but it's still going strong! They are now on their way to Adelaide... and even though they won't be winning this year: we celebrate their determination and team work! See you in Adelaide, Team Sonnenwagen!